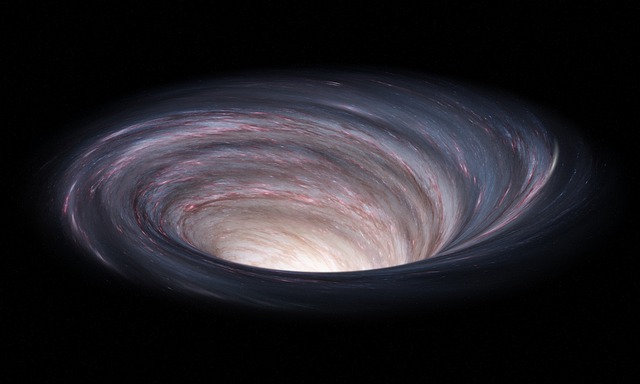 Image by Alexander Antropov from Pixabay

This story was written for the Reedsy contest "Second Person".
More specifically in the context of the prompt: "You check the time. Perfect. As intended, you've arrived fashionably late."

You ring the bell, but no one answers. You check the invitation on your smartphone. You’re at the right address on the right day. You are an hour late, but you are always late.
You try calling the host, Timothy, but his phone goes straight to voice mail. You check his social media accounts. He’s checked in at home on Facebook; his Instagram account shows picture of today’s party. Why doesn't he open the door?
You ring the bell once more; maybe nobody heard it the first time. It’s awfully quiet around the house. You check the time and wonder if the party is over already. You take another look at the pictures on Instagram to see who else is —or was— at the party. The usual suspects: Mike, Keisha, Devon, and Emma. You send them a message on WhatsApp: “Where are you?”
You expect the single gray check mark to change into two check marks, and then turn blue, but that doesn’t happen. You realize that all of them have their phones turned off. Where are they? What are they doing?
You walk to the other side of the road to take another look at the house. All lights are turned off inside. You decide to walk around the block because you know how to get into the back yard.
A couple of minutes later, you climb over the fence of your best friend’s back yard, ruining a perfectly good T-shirt in the action. You guessed right: the back door is open. The kitchen is a mess; someone definitely had a party here.
You hear a strange sound coming from the living room. You know Timothy loves vinyl and you recognize the typical click the turntable produces when the needle has reached the center of the record. Why doesn’t anyone put another record on?
You enter the living room and you can’t believe your eyes. There’s a huge hole in the middle of the floor. You gaze into the abyss, but all you see is looming darkness. You look around and notice a camera on a tripod.
You walk towards the camera. It’s still filming. You push the stop button, and then you hit play. Timothy is looking straight into the lens.
“Hi Alice,” he says. “We knew you’d be fashionably late. We knew you’d find your way in through the back door. We have a surprise for you.”
You don’t know if you should be angry or flattered. Angry because your best friend is making fun of you for arriving late at every party or flattered because he prepared a surprise for you.
“Do you see this box?” Timothy continues. “It contains an instant portal to another world that can be tailored to your wishes. We’ve prepared the mix to create a world in which time doesn’t matter.”
You don’t understand where this prank is going. You don’t believe what your friend is saying, then again, you can’t ignore the hole in the floor.
“Let’s make some room,” Timothy says. Mike, Keisha, Devon, and Emma put the chairs on the side. You look around. You see the chairs against the wall.
“All done!” Keisha says. She winks at the camera.
“Now let’s see if this portal mix works,” Timothy says. He pours a strange substance on the floor.
“Did you catch that, Devon?” he asks. Someone, probably Devon, changes the angle of the camera. You see the circle Timothy has drawn on the floor.
“Watch closely now,” Timothy says, and he lights a match. When the flame touches the circle, the room is suddenly filled with smoke. You hear coughing, but you don’t see a thing on the small screen of the camera until Timothy’s hand waves away some of the smoke in front of the lens. When the smoke is gone, you see the hole in the ground. Mike is looking down.
“What do you see?” Emma asks.
“Not what I expected,” Mike answers. “It doesn’t look as advertised.”
“It never does,” Timothy argues. “Let’s explore!”
Timothy closes his eyes and jumps into the portal.
“Timothy!” Keisha yells. “Are you OK?”
You want to yell too, but you don't. You want to know what happened to Timothy.
“Let’s find out ourselves,” Mike says, and he pushes Devon. Mike follows Devon as he falls.
Keisha and Emma look into the portal to see where they are gone. You can’t keep your eyes from the small camera screen. What will Keisha and Emma do?
They both look at the lens and address you personally: “Alice, we love our boyfriends. We’ve promised to follow them wherever they go. If you love Timothy, you’ll follow him too.”
They hold hands and dive into the hole in the ground. The only sound you hear when they are gone, is the record playing in the background. It’s the last song of the album. When it’s done, you hear the familiar click of the needle.
Do you love Timothy? You aren’t officially a couple yet, but everyone knows it’s only a matter of time before you two become an item. Do you really love Timothy? Because if you do, he might be waiting for you on the other side of the portal. Keisha loves Mike and Emma loves Devon. They jump. Do you love Timothy enough to follow him down that huge rabbit hole?
You hesitate. Wonderland scares you. Maybe you don't love Timothy as much as you thought you did. You feel bad about that thought, but you decide to leave Timothy’s house.

You’re still in bed when Keisha calls you the next day.
“What the F, girl?” she says. “Timothy is all depressed. It took us hours to convince him to go to bed and try to catch some sleep.”
You are barely awake. You don’t understand what happened last night. You want it to be a dream, but you know it isn’t. The hole was real.
“Keisha,” you say. “I’m so happy to hear your voice. I thought you’d never return from your trip through the portal.”
“Silly girl!” Keisha says. “The floor in Timothy's house needs to be replaced. The construction works start today, but since the floor needed to go anyway, we thought it would be fun to make a hole pretending that it was a portal.”
You are confused.
“We shot the first part of the video before the hole was made. Then we added some smoke so that you wouldn’t see that the second part was shot half day later.”
“There is no portal in Timothy's living room, only a hole?” you say.
“Of course there's no portal! But apparently, we did a good job faking one with black sheets and dark light."
"But how ..." you say. You don't finish your question.
"We dropped ourselves on a mattress in the cellar. That's how,” Keisha answers.
You wonder why your friends went into all that trouble, and then it suddenly dawns on you.
“You wanted to know if I would jump?”
You hear Keisha breathing. She’s still there, but she doesn’t answer.
“Timothy wanted to know if I love him,” you say.
You realize that you finally know the answer to that question…
And so does Timothy.