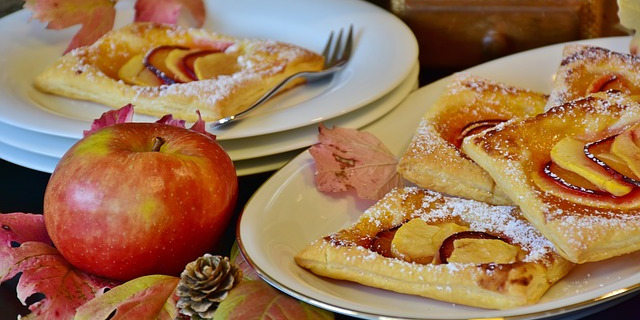 Image by RitaE from Pixabay

This story was written for the Reedsy contest "Kidding Around".
More specifically in the context of the prompt: "Write a story about the relationship between a parent and a child that spans several years."

“I’m out of here as soon as I’m eighteen!” Snow White yelled at Ms. McQueen.
“Wait until I tell your father,” Ms. McQueen warned her sixteen-year-old stepdaughter.
“As if he cares!” Snow screamed. “He’s never home anyway!”
Mr. White was the CEO of Fairyland, the largest amusement park in the world. His wife, Snow’s mother, had died when her daughter was only ten years old. When Snow turned thirteen, Mr. White’s secretary, Ms. McQueen, became the new Mrs. White.
As far as Snow was concerned, the witch who had enchanted her father would forever remain Ms. McQueen; she didn't accept her as the new Mrs. White. Even if she tried, her stepmother would never be able to replace her mother.
Ms. McQueen had given up every attempt to please her stepdaughter. She quit her job the day she was engaged to Mr. White. She could finally live the life she had always dreamed of. She spent the better part of the day watching telenovelas and reality shows on television. She mirrored herself to the modern heroines of the small screen promoting the unbearable lightness of being a wealthy housewife with servants for every need. It was the best future a girl could wish for herself. It surprised her that Snow rejected that dream as if it were her worst nightmare.

Another tragedy struck when Snow was seventeen. Mr. Snow was killed in an accident; he had fallen asleep behind the wheel while driving home late in the evening.
Snow was still grieving the loss of her father when Ms. McQueen remarried the contractor she had hired to remodel her living room. She wanted it to be an exact match of the living room from her favorite telenovela. She got what she wished for, and more.
Her new husband, Mr. Hunter, was the exact opposite of Mr. White; he was handsome, but broke. Snow wanted to hate him, but she couldn’t. He treated her with more respect than Ms. McQueen had ever shown. This wasn’t to the liking of Ms. McQueen who was jealous of the way her husband and her stepdaughter got along.

Ms. McQueen practiced her lines for hours. The day of Snow’s eighteenth birthday, she didn’t leave her husband any choice: “Snow has to go.”
“What do you mean?” her husband asked.
“You know what I mean,” his wife said with a lot of drama in her voice. “I want her to disappear.”
Ms. McQueen had married Mr. White for his money. She wasn’t ashamed to admit that she was a gold digger. In her world, that was what women did to move up the social ladder, but despite her greed, she didn’t know anything about money. As soon as Mr. Hunter married her, she left the responsibility of managing the White estate to her new husband.
While it was true that Mr. Hunter would never have married Ms. McQueen if she didn’t have any money, he did care for his new family. He was a practical man with a good heart. There was not a shred of greed in him, nor malice or wrong intentions. When his wife asked him to make his stepdaughter disappear, he took Snow for a walk in the woods.
While examining Mr. White’s patrimony, Mr. Hunter had discovered that Mr. Snow owned eight small rental cabins in the middle of nowhere, seven of which were inhabited by single men. He had visited the place and was pleasantly surprised when he met the seven bearded fellows who had chosen to retire far away from the city. He asked them what was wrong with the eighth cabin that was unoccupied. When they told him that it needed repairs, he wrote a check for them to take care of it.
“Look,” Mr. Hunter told Snow. “I know you’re only seventeen, and I know it isn’t much, but I think it would be best for everyone if you moved into this cabin. I’ve talked to the neighbors here, and they would be happy to help you out with everything you need.”
Snow looked at the cabin. The seven old men had done a great job with the place.
“It’s perfect, Mr. Hunter,” Snow answered. “You’re the best! With everything that has happened in my life, this is a place where I can finally be happy.”
“You know where you can find me when you need me,” Mr. Hunter said. “Your father left you a lot of money in a trust. Mrs. Hunter signed the papers making me the trustee without bothering to take a closer look at what she was signing. If you ever need me, just give me a call, and I’ll make it happen.”
“You’re a good man, Mr. Hunter,” Snow White said.

Snow lived in perfect harmony with her seven neighbors. One was an old professor who helped her finish her studies. Another one was a former hippie who only said one word: “Peace”. Then there was one who could speak whole sentences but was too timid to do so. A fourth one had one cold after the other, even in the Summer. The fifth one hardly ever left his bed; he wasn’t lazy, just very sleepy, day and night. The sixth graybeard was always in a bad mood, whereas the seventh one was always happy. In short: Snow got to know her neighbors very well, and her neighbors appreciated her being around because she was always friendly to them and she was a hard worker. They took care of her and she took care of them.

Everything went well until a scout for the popular series “Living Off the Grid” talked to his producer about the small community. In this reality show, a city slicker was dropped in the country for three days and two nights. The research of the redaction team revealed that Snow White was the daughter of the late Mr. Snow, and that her Stepmother, Mrs. Hunter, hadn’t left her living room for several years.
“Let’s bring these two together,” the producer told his crew. “They will make a great appearance!”

Mrs. Hunter was furious when she discovered her stepdaughter was leading a happy life, while her own life was as empty as a rerun of a Real Housewives episode she had seen a dozen times. She didn’t show her anger, though. She had a plan.

“For the first reunion, Mrs. Hunter will make her long lost stepdaughter an apple cake,” the producer explained to Snow’s seven neighbors. “She regrets having lost sight of her stepdaughter. She wants to ask forgiveness for everything that happened in the past.”
The seven old men didn’t trust the producer any more then they trusted Mrs. Hunter, but having found peace in her life, Snow didn’t see any harm in meeting her stepmother after all that time.
“What’s the worst that can happen?” she asked her neighbors. “That she poisons the apples in the cake?”
Absurd as that may have sounded, one shouldn’t underestimate what goes on in the mind of a person who is addicted to telenovelas. In all her innocence, Snow had guessed the plan of her evil stepmother who had lost her desire to live but wanted to take her stepdaughter with her in her death.

The coffee was hot, the atmosphere cold, when Mrs. Hunter met Snow White in the small cabin in the woods.
“Please do take some more cake,” Mrs. Hunter said while the cameras were rolling.
“I’m sorry, Mrs. Hunter,” Snow answered, “but I don’t feel very well.”
The next moment, she vomited everything that she had inside her.

“That was what saved you,” said Dr. Prince when Snow woke up in the hospital. “Your stepmother wasn’t as fortunate. She didn’t make it.”
He wanted to say: “You have beautiful eyes.”
He didn’t have to. Snow knew.
“Dr. Prince,” she said, “you have a beautiful smile.”