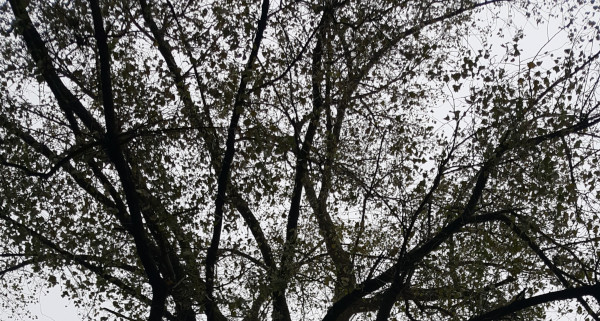 Picture made by Bruno Lowagie

This story was written for the Reedsy contest "Spring in Your Step".
More specifically in the context of the prompt: "Write a story about someone walking through a park on a spring evening, told only through internal monologue."

The mind is deceitful above all things

All the places I know from my youth seem to have gotten smaller now that I revisit them forty years later. When I was a child, I thought my hometown Ypres, Belgium, was a big city, although it counted only a couple of ten thousand souls.
Once I was old enough to go to college, I went to Ghent University, also in Belgium. Now that was something else! Ghent had a population of a couple of hundred thousand people with more than 160 different nationalities. A completely new world opened up for me. There were three movie theaters instead of only the one with two screens in Ypres. There were places to go out to where you wouldn’t accidentally bump into your parents —or somebody who knew your parents. There was always something to do, even on weekdays. Once I graduated, it was an easy decision to make. I permanently moved to Ghent and started a new life in what a real city was supposed to be —or so I thought.
Then I went into business and traveled the world: San Francisco, New York, Boston, Singapore, Seoul, Hong Kong… That’s the order in which I discovered the places that brought my understanding of what qualified as a big city to the next level.

I don’t remember what made me decide to make a detour on my way home on that cold spring evening. I had flown in from San Francisco to Charles De Gaulle airport in Paris. From there, I had taken the train to the “Gare de Lille Flandres” station in the North of France. My car was parked there, ready for me to drive to Ghent, but for some reason my heart made me change my mind. Instead of driving straight home, I made a stop in the godforsaken town I was born in, making my trip at least forty minutes longer on what should have been a less than one-hour ride.
“What have I lost here?” I wondered when I got out of my car.
“Nothing that matters,” my mind replied.
“A piece of me,” my heart tried to convince me.
“Nostalgia is not for us. We should admit that we have outgrown our hometown a long time ago,” my mind urged. “We have seen wider avenues, higher towers, more impressive bridges than anything we can see here. We could have been home already if we hadn’t stopped here.”
A cold shiver ran down my spine as my mind kicked at that open door, but I shook that feeling off.
“Let's take a walk anyway, now that we're here,” I said in one of those rare moments of indulgence towards my heart. “Maybe we'll find that piece you claim to have lost here once.”
My heart jumped up in joy. I felt how it cheerfully pumped blood through my veins to ban all chills. Fortunately, there was nobody around to see me blush.
“Okay then, I’ll walk with you,” my mind gave in, “but don't expect too much from it.”
Together we walked from one end of the city to the other. It barely took us twenty minutes. The center of the city had improved; the Cloth Hall dominating the Great Market looked much nicer than I remembered. The place where I had my first beer however, was permanently closed, and the movie theater had been turned into an apartment building.
“I feel like a tourist,” I sighed. “A lot of things have changed in forty years. I recognize the buildings that remained in place as if I know them from an old picture book. I don’t feel connected to them anymore. I don't know if I would still feel at home here.”
“That was exactly my point,” my mind said. “There’s nothing left for us here.”
“We should take the scenic route back,” my heart implored. “The ramparts look really nice this time of year.”
For once my heart was right. The walk around the city took us longer than the walk through the center, but the parks along the ramparts sparked a memory I failed to retrieve. Flowers were starting to bloom; buds were starting to show on trees. Nature was ready to start new life, yet I felt a frustration that I couldn't explain.
“There was something about this place,” I said when we arrived back at the car, “but I can’t put my finger on it.”
I looked around on the parking lot. It used to be a park where we had played as a child. Today, only an old beech tree and an old oak reminded us of what once was.
“Maybe we should sit here for a moment to see of our memory comes back,” my heart suggested. “Spring is in the air; maybe it will bring something new into our life.”
My mind disagreed: “It will be dark soon, and it's a long drive home after having traveled so far.”
I concurred with my mind, but before we got into the car, I listened to the rustling of the beech and the oak looking down on us. I thought I heard them say something, but that must have been my imagination.
I drove home regretting the time I had lost. My mind reminded me of something I had read in the Bible: “The heart is deceitful above all things and beyond cure. Who can understand it?”

“Did you recognize him?” Beech whispered.
“How could I forget him?” Oak replied with his slow voice. “His initials are carved in my skin.”
“He's smaller than I remember him,” Beech observed.
“It only seems that way,” Oak said after a long pause. “All of us have grown, but we have grown taller than he has.”
“I remember his sweetheart.” Beech smiled while the car drove off the parking lot. “She was a beautiful girl.”
“And now she's a beautiful woman,” Oak reflected. “She lives just around the corner.”
“Why didn't he pay her a visit?” Beech asked.
“He must have forgotten her.”
“But she didn't forget him,” Beech whispered after a while.
“She's different from him,” Oak confirmed. “She still comes to what once was the park they used to meet in. Occasionally, she searches for her initials on my trunk, musing about what could have been.”
“Does she still carry that piece of his heart in hers?” Beech asked.
“Yes, even after all those years, she does,” Oak sighed. “But that’s something he will never understand with his mind.”
“Look, there she is,” Beech said. “If he had waited for ten more minutes, they could have met. Imagine what could have happened.”
“Yes,” Oak pondered. “Just imagine…”