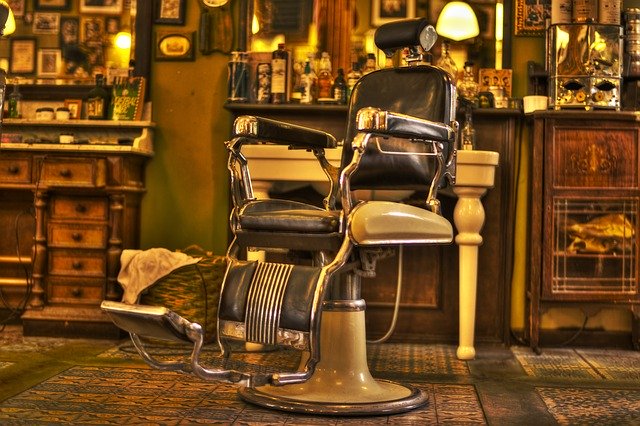 Image by Rudy and Peter Skitterians from Pixabay

This story was written for the Reedsy contest "Bad Hair Day".
More specifically in the context of the prompt: "Write a story set in a salon or barbershop."

My name is Jordan White, but to the world, I am a Murphy. I was born a Murphy, even before I was given a name. No matter what I do: everything that can go wrong in my life, goes wrong in my life.
In grocery stores I’m always in the longest cue. I never get a seat in the bus or metro; I always have to stand in the back. Taxis don’t stop for me and I have no success at hitchhiking. Bouncers at clubs hardly ever let me in, claiming the maximum capacity of the venue has been reached. The list of things that work well for normal human beings but not for people like me is long and painful.
That’s the fate of a Murphy. We can protest the injustice being done to us, but no one listens. We have the majority, but we don’t have anything to say in society. Most of the times, it’s as if we aren’t even recognized as real people and there’s very little we can do about it.

One time, when I was much younger than I am now, I tried to fool the world: I went to a clandestine barbershop to have my long hair cut.
When I say “cut”, I mean that I wanted my head to be shaven completely bald. That was quite a daring decision. I knew that cutting my hair was allowed but shaving it bald was considered a crime. I didn’t think of myself as a criminal or a revolutionary, but I had a good reason for my civil disobedience: I really wanted to go to the concert of “Baldrick and the Babes” with “The Hairless Eagles” as supporting act. Due to the limited availability of tickets, no Murphy’s were allowed. No one would sell a ticket to someone with hair. This meant that I would either have to shave or find a barber.
I tried the black market first, looking for a shaving machine or razor blades. Unfortunately, I couldn’t afford the crazy prices merchants were asking for those precious goods. Only scissors were within my pay grade, but I would never fool anyone into thinking I was bald for real if I cut my hair with scissors. I had no other choice than to find someone who could give me a clean shave, hence my visit to an illegal barber.
I was afraid that I would be among gangsters and anarchists wanting to overthrow society. Much to my surprise, the other customers at the barbershop were normal people, just like you and me.
“Bald?” the barber asked.
“Bald!” I answered.
“Do you also need a fake ID?”
I was surprised at the question and I laughed: “Why would I need a fake ID? If you’re bald, no one ever asks for your ID. Everyone can see that you’re not a Murphy.”
There was laughter in the barbershop which I misinterpreted as an approval of what I just said. I had been asked for my ID many times, but I had never seen it happen to one of those privileged baldies. The thought alone that they would be bothered to prove their identity was absurd.
“I have a promo today,” the barber said. “Twenty bucks to have your picture taken. Five hundred for a new ID.”
“Wow, that’s almost as expensive as a new razor and a set of razor blades,” I said.
“It’s a good investment,” the barber argued.
“I’m sorry,” I said. “I can only pay for a haircut. I’m sure I’ll manage without a fake ID.”
Several people in the room sighed, but they didn't say a word. In the mirror, I saw an old man shake his head, as if he pitied me. I wondered why.
“If you say so,” the barber answered. “Good luck with that.”
I thought he was being rude, but in hindsight, it was stupid of me to think my ruse would work.

At the box office, I put my hard-earned money on the counter and asked for a ticket. The bald woman behind the counter looked into my eyes and said: “Can I see your ID please?”
My first instinct was to run away, but I kept my calm. I decided to try talking my way out of it: “I’m afraid that I don’t have it on me.”
That didn’t work well.
“Every citizen is required to carry her or his ID at all times,” the woman said. “If you can’t produce your ID right now, I’m afraid I’ll have to inform security.”
“Oh wait,” I said, trying to hide the state of panic I was in. “Here it is.”
The woman behind the counter looked at the picture on my ID, then at me and my bald head. She didn’t say anything. She just pointed at the sign saying: “No Murphy’s allowed.”
“I understand,” I said, and I realized that I had to get out of the place as quickly and as inconspicuously as possible. I wanted to take my money back, but the bald woman put her hand on a fifty-dollar bill.
“For my silence, mister White,” she said as she handed back my ID.
I didn’t protest. I knew that she could betray me if she wanted. As a matter of fact, it was her duty to report me to the authorities. It was a criminal offense to impersonate a bald person when you were a Murphy. I could be trialed as a terrorist if I had the bad luck being brought before a ruthless judge. I couldn’t take that risk.
I went straight home. I had lost half the money I had saved for the concert on a visit to the barber and the bribe for the woman at the box office, but I considered myself lucky to have escaped worse. I wore a hat until my hair was sufficiently long enough so that no one would notice that my head had been shaven recently.
When people asked me: “Why the hat?” I pretended to laugh and answered: “Bad hair day!”
What else could I do or say? Every day is a bad hair day for people who were born with hair.