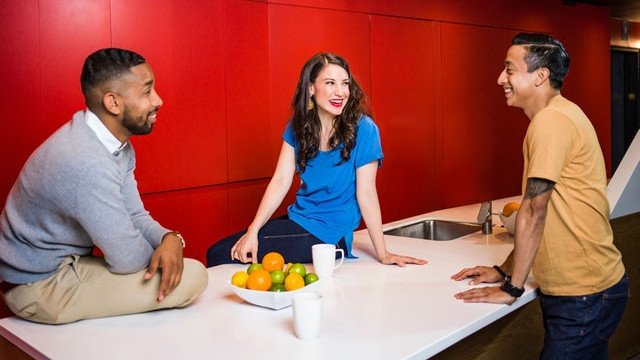 Photo by Jopwell from Pexels

This story was written for the Reedsy contest "Bildungsroman".
More specifically in the context of the prompt: "Write a story about two best friends."

A Tale of Two Friends

As a child we used to live in the same street on the outskirts of the village. My father drove us to school together in the morning; my mother waited for us at the school entrance in the early afternoon. We walked home together and my friend stayed at my place where my mother served us a healthy snack that wouldn’t spoil our dinner. Once our homework was done, she let us out to play in the garden —that is: in my and my parents’ garden.
We had already been friends for years when he invited me to come and play at his home for the first time. Never before had I entered his house beyond the hall of the stately villa that was separated from the street by a high hedge. That day he showed me around in the entire house.
We got ourselves soft drinks and crisps in the kitchen and took some with us to what he called “the gaming room”. That was the main reason why he had invited me: his parents had bought him a game console. We were in the early nineties, and he was the only kid I knew to have such a device at home. He proudly showed how he could move Sonic, a blue hedgehog, around on the television screen to collect rings and to avoid obstacles.
“Give it a try,” he urged me.
I carefully took hold of the controller. I randomly pressed a few buttons that made the hedgehog run forward and jump, but computer games were new to me. Obviously, I missed practice: the funny creature was dead in no time.
I tried over and again, up to the point where my friend became impatient with my fumbling fingers trying to obtain a score that qualified as somewhat of a high score before the game was over. He grabbed the controller out of my hands in such a hard-handed way that we knocked over our drinks. We heard a brief electrical hiss escape from the console, and suddenly the screen went blank.

That evening his parents came over to my house to talk to my parents. They demanded a full refund for the expensive game console. It didn’t come as a surprise to me that my father refused.
“My son has explained what happened,” he said, “and this is clearly an accident cause by two children playing.”
My friends’ parents didn’t agree. They blamed me. The claimed that nothing would have happened if I had returned the controller to their son as per his request.
“If one of our kids is to blame,” my father replied, “then it’s certainly your son, not mine. He’s the one that got aggressive. We are not responsible for your problem. Call your insurance if you are looking for compensation.”
Hard words weren’t shunned in the conversation that followed. My friends’ parents told my father that he was being unreasonable. My father returned the favor by arguing that my friend had benefited from our hospitality for years without ever getting a single word of gratitude from them. He called my friend's parents the stingiest people in the village.
From that day on, my friend was no longer allowed to be my friend. His mother brought him to school, and he had to stay in the school’s study room after hours. I still wanted to play with him, but he couldn't because of his parents; he was forbidden even to talk to me.

After primary school we lost sight of each other until an incredible coincidence made our paths cross again. We both graduated from high school and we were admitted to the same college. On the first day I moved into my one-room apartment, I ran into him in the corridor. We were surprised to find out that we rented a room in the same house that hosted a dozen students. There were three newcomers in our building: him, me, and Angela, a girl we instantly fell in love with. We became best friends again with each other and with Angela. After a while we were inseparable. We called ourselves the three musketeers and we called the cat we shared D’Artagnan.
From the start, Angela knew that we both had a thing for her, but she deliberately didn’t allow herself to get involved in any romantic relationship with either one of us.
“I love you both just as much,” she always joked when the subject came about.
I respected her choice, probably because I was convinced that Angela would eventually end up marrying my friend. He had all the advantages I hadn't: he was the better-looking one and he clearly came from a wealthy family.
Granted, he also had some less favorable traits he might not have been aware of. If we went out together and it was time to pay the bill, he often discovered that he had forgotten his wallet. He always promised to pay us back, but he never did. Just like Angela, he enjoyed drinking the coffee I made each morning; unlike Angela, he never proposed to go to the grocery store when we were out of coffee or milk.
Angela and I tended to overlook those minor annoyances. His friendship was more important to us than his occasional egocentric behavior. All things considered, he was a great guy to hang out with. Otherwise, we wouldn't have been friends for all the years we were in college.
Our friendship ended on the day of our graduation. All graduating students were invited along with their family and friends to attend the graduation ceremony. We knew there was a chance that our parents would bump into each other, but we couldn't have imagined what happened when that happened. I'm still too ashamed to describe the scene. Let me just say that the old feud wasn’t forgotten. Once in a while, I still meet former fellow students who remember the big fight during the academic proclamation of 2001. The embarrassment that my father was one of the people who started the skirmish never wears off.

Sometimes, especially early in the morning, just before I get up to make coffee, I still think about my friend. I wonder where he is now, whether he’s married and if he is happy. I don’t think about him for long, though. As soon as the light peeps through the curtains, I look at the beautiful woman who is lying next to me. And I think: “I am so lucky to have Angela as my wife!”