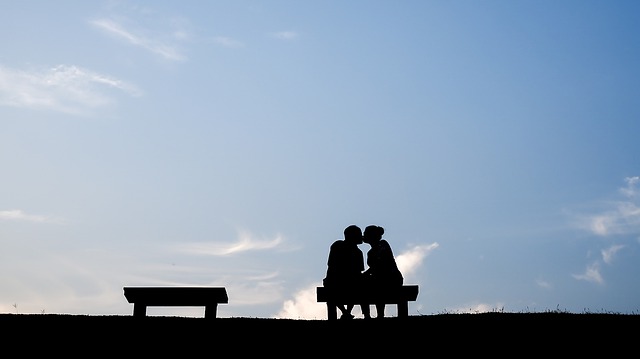 Image by Tiny Tribes from Pixabay

This story was written for the Reedsy contest "Bildungsroman".
More specifically in the context of the prompt: "Write a story about someone falling in love for the first time."

That one summer I longed less for the summer than for what would follow summer.

I'm born in June. I turned eighteen in the middle of the final examinations in senior high school. That wasn’t the only reason why my birthday went unnoticed, though.
A couple of months later, in October 1988, we would all go to college. I can’t say I regretted saying goodbye to my fellow students in high school. If you’d ask me who I was friends with back then, I fear I wouldn’t have known what to answer.
Nowadays, it’s hard to imagine, but when I grew up, boys went to a boys-only school and girls to a girls-only school. If you were a boy wanting to meet a girl, you had to do so outside of school, at parties or in pubs —drinking beer was allowed from the age of sixteen where I lived.
Unfortunately, I didn’t like going to parties and I didn’t like the taste of alcohol. That made me an exception among my peers. One by one, I lost my friends to their girlfriend. By the time I was eighteen, I no longer had any schoolmates I could call my friend.
Once in a while, I admired a girl from a safe distance, but I declared my love to a person of the opposite sex only once. After the girl was done laughing, she formally informed me that the interest was not mutual. Her rejection cut through my soul so deeply that I felt the hurt in my body for months.

On my eighteenth birthday, I took a decision: I would make the upcoming summer my “transition” summer.
I convinced myself that everything would be different after that one summer. I would go to college, live in a city much bigger than my hometown, manage to survive in a one-bedroom apartment during the week, returning home only for the weekend. Granted, I was terrified of the unknown, but I didn’t doubt for a moment that the unspoken promises of a new beginning would help me cross the threshold to living on my own albeit only on weekdays.
That summer, I decided to completely reinvent myself. Up until my eighteenth birthday, I had felt like an insignificant caterpillar. In the months that followed, I would spin myself into a cocoon and undergo a metamorphosis. After that one summer I would wake up a butterfly.

In the meantime, I filled my days of emotional lethargy with idleness and reading books. Smartphones didn’t exist yet, let alone the internet. On a day that was identical to the previous one, my mother come to me with a question that was unusual for her.
“Are you going to the neighborhood party tomorrow?” she asked.
I shrugged my shoulders.
“Is that a yes or a no?” my mother asked.
I said I didn't know it yet, but my mother wouldn't let go of the subject.
“I just met Mrs. Verlinde at the grocery store. We talked about you,” she said. “Do you know her daughter, Eve?”
I shrugged once more.
“Mrs. Verlinde was complaining that Eve didn’t do anything but fiddle around and read books. I told her your behavior wasn’t much different. We thought it would be a good idea if you got to know each other.”
One month earlier the prospect of meeting a girl would have appealed to me. Especially, since Eve was a pretty girl, the type that I could fall in love with. However, I was so immersed in my caterpillar-becoming-cocoon-becoming-butterfly metaphor that the thought of going out with her left me indifferent now.
Ignoring my apathy, my mother persevered: “I’m calling Mrs. Verlinde to tell her you'll pick her daughter up at eight PM tomorrow, OK?”
I shrugged for the umpteenth time.

The neighborhood party wasn't too bad. Eve certainly was a sight for sour eyes. We talked all night. We didn’t have any specific musical preferences, but we discovered that we read the same books. We each paid our own coke and we went home well at an acceptable hour. I had enjoyed myself, but I didn't think I'd ever see Eve again.
The next day, the doorbell rang. My mother opened the door, and then called me to come out of my room. I had a visitor: Eve.
By the time I was at the door, Eve had already told my mother she wanted to invite me for a bicycle ride to the pond with her. I didn’t have the time to respond; my mother answered in my place: "Of course he wants to go to the pond with you!"
Anticipating my dismissive non-verbal communication, she told me: "You don’t get outside enough; you can use the exercise."
I was thankful to Eve for not mentioning anything about that embarrassing mother-son conversation once we got on our way.

At the pond, Eve produced a blanket from her bicycle basket. She also brought cookies and fresh water. It was a beautiful day for a small, improvised pick-nick.
“Can I ask you something personal?” Eve asked after a while.
We were watching some children playing in the grass under the watchful eye of two mothers. I shrugged my shoulders and made a mental note that I had to unlearn that. I shrugged my shoulders way too much.
“When and how did you discover that you liked boys more than you liked girls?”
That was not the type of question that I had expected. Why did she think I was gay?
I snapped at her, much harsher than I intended to: “What makes you think I’m gay? I’m straight. I’ve always been straight. Who told you I liked boys?”
Homosexuality was not a popular topic in the Catholic schools we attended. For all we knew, Elton John and Freddy Mercury might not have been male role models for us, but there wasn't a doubt in our mind that they were straight. The only celebrity who was officially gay according to our school curriculum, Oscar Wilde, had been dead for almost a century. In our English classes, we learned how he ended up in jail on a charge of sodomy. I had to look up the word, but my dictionary wasn’t all that helpful. The word sodomite was translated into homosexual.
Shocked by my harsh reaction, Eve jumped up, but I put my hand on her arm with a look that begged for forgiveness. She hesitated for a second, and then sat down again.
I had a rare moment of clarity when I asked: "Do you by any chance like girls more than you like boys?"
I saw a tear appear in the corner of her eye. I gave her an understanding hug and she put her head on my shoulder. I had never been this close to a girl. Girls were unreachable beings, but in this unexpected, intimate embrace, I realized this was even more true for her than for me.
“How do you know you like girls?” I asked after a long silence.
“How do you know you like girls?” she answered with a counter-question.
“I don't know,” I said. “I just know.”
My answer didn’t make much sense, but Eve understood.
“It's the same with me,” she said.
The tear in her eye had disappeared. She could smile again.
“Have you ever kissed a girl?” I asked.
“No,” she confessed. “I wanted to more than once, but I didn’t have the courage.”
“That makes two of us.”
“Have you ever kissed a boy?” she asked.
“No,” I laughed. “I have that in common with you too.”
“Oh,” she said. “I've already kissed boys, you know.”
I was without reply. I didn't understand.
“Out of curiosity,” she added. "To practice. Awkward, clumsy, bumbling kisses.”
I was still speechless.
“Do you want to try?” she asked.
Our teeth bumped, and when I felt her tongue searching for mine, I didn't know what to do.
“We need more practice,” she said.
“I agree!” was my response.

Much to the delight of our respective mothers, we hung out together during the rest of the summer. I knew it was an impossible love, but I fell in love with Eve anyway. She had chosen to go to college in Leuven; I was going to Ghent. I knew that we probably wouldn't meet that often once the summer was over.
I was right: we didn't. But by the time we gave each other our last and final goodbye kiss, our kissing skills were close to perfection.