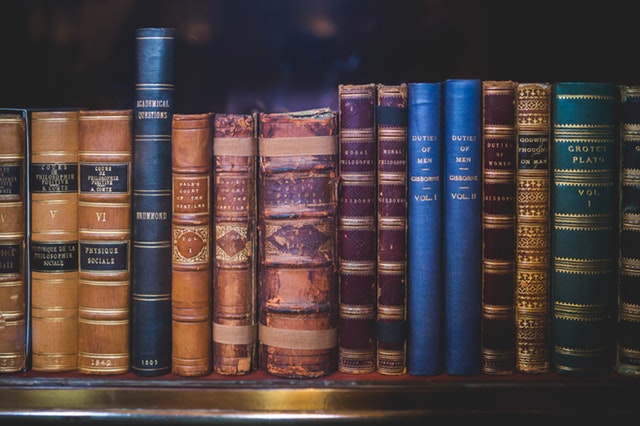 Photo by Negative Space from Pexels

This story was written for the Reedsy contest "Resolutions".
More specifically in the context of the prompt: "Write a short story about someone in the self-help aisle of a bookstore. What book do they pick up?"

Peter couldn’t believe his eyes. He had finally found the book he was looking for.

For twenty-seven years, he had searched for it in every library and every bookstore. He dedicated the first half of his adult life almost entirely to his quest. It didn’t take long before he was considered being the expert on rare books. Kings and beggars, knights and knaves, scientists and wizards, they all turned to him if they needed to find a book of some sort, whether it was a book that could help them make someone fall in love with them, conquer the world, or brew a magic potion. Peter knew just where to look for the precious volume.
There was only one book that always kept one step ahead of him. He knew for certain that it existed, but it had gone out of print, the publisher had gone out of business, and the manuscript was considered lost. At one time, he missed the book by a mere half hour. According to the bookshop owner, another customer had just bought it. Peter ran out of the store, looked for the buyer in every street and alley. He spent a whole month trying to track down the lucky owner of the book … to no avail.
He would have had a chance to obtain a copy more easily if his world had known the dark magic that we call the internet, but it was a blessing as well as a curse that his universe was one in which the “world wide web” was a thing that only existed in horror stories about giant spiders that succeeded in enslaving mankind. Now that I think about it, those horror stories could very well serve as an allegory for our own world today.
He had a premonition when he entered the “Boutique of Extraordinary Fiction” on one of his many travels. He had the feeling he recognized the old lady welcoming him in, but he couldn’t quite place her. He walked straight to the self-help aisle and browsed through the titles with anticipation. There it was: “How to be a child again?”
His hands trembled when he gently pulled the book from its shelf. He looked at the subtitle on the cover. There could be no mistake. It read: “Become a younger version of yourself in three steps!”
He was eager to open the book, but a seal secured the ribbon tied around it. He hurried to the counter and asked for the price. The old woman looked him in the eyes and asked: “Are you sure you want this book?”
“Of course,” Peter answered. “I’ve been searching for this book all over the world!”
“I can sell it to you for $14.99,” the woman said.
“That’s a bargain,” Peter replied.
“I’m not so sure about that,” the woman said. “You might discover that it costs more than merely money.”
Peter ignored her remark and put a twenty-dollar bill on the counter. He didn’t wait for a receipt, nor for his change. He didn’t want to waste any time; he was finally going to be young again.

Never had he been happier than in his childhood. He grew up in the country, living in perfect harmony with nature and all creatures great and small. His parents lived from what the land produced; it was written in the stars that he would lead a live that was very similar to theirs. He would marry a local girl; they would love each other very much and have a healthy son to follow in their footsteps. It would be a never-ending, ever-repeating story of ignorant bliss.
It was a dark fate that led him astray of such a peaceful destiny. One day, a week before his sixteenth birthday, he woke up knowing something was wrong. It took a while before he realized what it was; the familiar bark of his dog welcoming a new day was missing. He jumped into his clothes and went out looking for his loyal friend. Maybe the dog went after the cat of the neighbors, or maybe he had chased a rabbit in the fields. Peter asked around in the neighboring farms, but no one had seen his canine companion.
It was almost nightfall when he knocked on the door of a small cabin on the edge of the woodland. An old lady opened the door. If this story were a movie, the role of this woman would have been played by the same actress we already saw in the book boutique. Was it her mother? Her older sister? Maybe it was the same person. Just like young Peter, we don’t know much about the world he lives in and the people who inhabit it. The old lady could very well be an immortal witch, interfering with the live of innocent children like Peter.
“You’ve lost your dog?” she said. “Don’t be sad. I’m sure we’ll find him.”
She invited the boy in and offered him a seat at a small, round table. The old woman took her crystal ball, put it on the table, and gazed into the magical object. She spoke a few words that Peter didn’t understand, and then reassured the boy: “Your dog was chasing a fox into the forest, but he returned home when he got hungry. You should go home too; your dog and your parents are anxiously waiting for you to come back.”
She looked outside the window. Darkness had fallen and the boy was a long way from home. She took a closer look at him. With a motherly voice, she said: “You look like such a young boy. Are you sure you’re going to be OK? How old are you?”
“I’ll be sixteen next week,” the boy replied, “I’m no longer a boy; I’m almost a man.”
“Almost a man, eh?” the old lady laughed, but it was a bitter laugh. “Don’t be in too much of a hurry to grow up, boy. One day, you’ll realize that your childhood was the happiest time of your life. You’ll regret the day you became a man.”
“I’m sure that day will never come,” Peter said.
“If you’re that sure about it,” the old woman replied, “then you’ll probably never going to need this book.”
She grabbed a book from her bookshelf and showed it to Peter.
“How to be a child again? Become a younger version of yourself in three steps!” it read on the cover. The woman sighed. “If only I would have the heart to follow those three steps,” she whispered. “I would be young again. But the price is way too high for me. I guess I’ll be an old woman for eternity.”
Peter didn’t hear her. After the mysterious woman gave him something to eat, he ran home through the dark as fast as he could. His parents embraced him with love; they were happy to find him safe and sound. The dog wagged his tail and licked Peter's face.
The next morning, Peter’s father woke Peter up. “The dog must have eaten something bad while on escape,” he told his son. “He got ill in the middle of the night and it has gotten worse ever since.”
The whole week, Peter took care of his dog, but he couldn’t prevent that his good friend eventually died. The poor animal had come into his live as a puppy when he was six. They had grown up together, and this painful experience was the first time Peter was confronted with the dead of a being he loved. The day he turned sixteen, he knew nothing would ever be the same again. It felt as if he had lost his childhood and he couldn’t stop thinking of what the old woman in the cabin at the edge of the woodland had told him.
The next day, he went out looking for her cabin, but when he found it, it was abandoned, and the book was nowhere to be found.

Twenty-seven years later, Peter broke the seal of the precious book. Much to his surprise, most of the pages were empty. On the first page, it described the three steps it would take to return to his childhood.

To go back in time,

Peter didn’t know if he had to be happy or disappointed. Happy, because the three steps didn’t seem all that difficult at first sight. Disappointed because the whole procedure would cost him another twenty-seven years. He was forty-three now. He would be seventy years old before he would achieve his goal.
The first day, he wrote “I want to be child again” in the book once. The next day, the words had already faded away. He wrote the sentence anew, twice this time. The first months, it wasn’t a burden to write his wish down a couple of hundred times every day, but as the years passed, the first step towards winning his childhood back turned into a full-time job. The closer he got to ten thousand, the more every day was a race against the clock.

But he made it! On the ten thousandth day, he went to the cabin on the edge of the woodlands near the place he was born. He opened the door and found the old lady gazing at her crystal ball.
“I was expecting you Peter,” she said. “I must say: I admire the discipline you’ve shown. I would not have succeeded. Take a seat.”
“What will happen if I hand you this book?” Peter asked as he sat at the old lady’s table.
“That’s very simple,” the old lady said. “You will be six years old again. I’ll bring you to a couple of loving parents who will adopt you and raise you as their own child. They will give you a puppy and you will have the happiest time of your life until you grow up to be an adult.”
“I can barely wait,” Peter said. “Will you accept this book from me?”
“Are you sure this is what you want?” the old lady asked. “Don’t you regret the sacrifice you’ve made? Doesn’t it feel as if you’ve thrown away your entire adult life? All that work for a mere ten years of ignorant bliss.”
“It’s worth it for me,” Peter said. “This is the moment I have been waiting for.”
The moment the book left his hands, he felt very tired. The next instance, he was in a deep sleep. During this sleep, the old man on the chair underwent a metamorphosis. He slowly changed into his six-year old self. The old lady looked at her clock. It had turned back more than sixty-four years. She put the book on her shelf and put on her coat. The childless couple welcomed her with open arms in the farm where Peter had grown up, and would grow up once more. They would take good care of the child.
“Sleep tight, Peter Pan,” the old lady said to the boy. “I’ll see you back in ten years.”